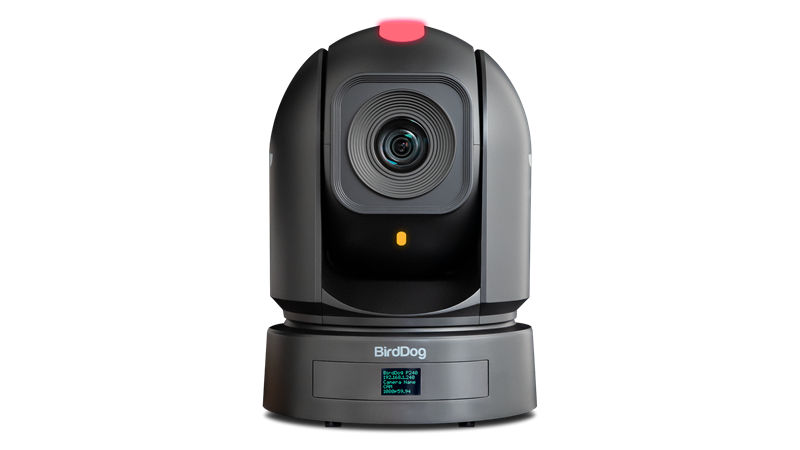 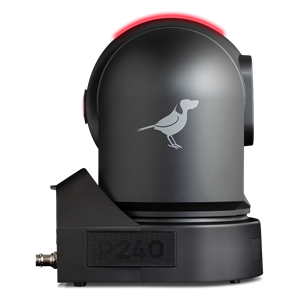 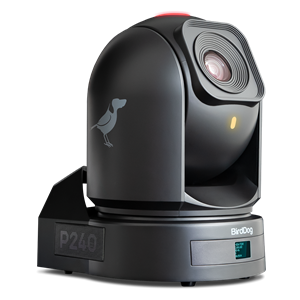 BirdUI. With heads up display.
P240 features the world’s most comprehensive interface for PTZ cameras.
System statistics including the number of active connections, current bandwidth usage, and network traffic are presented in an intuitive way to give you the information you need at a quick glance.

RUDP. Trust us, it’s awesome.
Reliable User Datagram Protocol (now you know why we say RUDP) reduces overall network load as not every packet needs to be acknowledged by every receiver.
RUDP has error correction built in for smoothness and maximum reliability so you can be confident your packets are getting to where they need to go.

NDI® Genlock. Let that Sync in.
With NDI Genlock you can select an NDI® source to be the timing master to provide more predictable timing in multi camera environments.

NDI® Video Scopes.
P240 can generate scopes in camera to send out as NDI®, NDI® Proxy, or both. This allows for monitoring scopes on the NDI® Proxy while sending a clean main NDI® feed simultaneously.
Choose from Histogram, Waveform, Vectorscope, or RGB Parade and the position on the NDI® stream.

360° Mohawk Tally.
The innovative and totally punk mohawk tally gives a full 360º view so you’ll never be caught out wondering which camera you need to be talking to.
If you gonna wear the mohawk, you stick with it. You don’t just be dibby-dabbing. You make up your mind.

Unique Numbering System.
Removable silicon numbers at the back of the P240 give additional Tally vision and allow switcher operators to easily identify cameras.

OLED Display.
The super handy OLED allows for information such as IP Address, Device Name, Stream Name, Resolution, and Frame Rate.
Thanks to Jason it can also be turned off in the BirdUI.